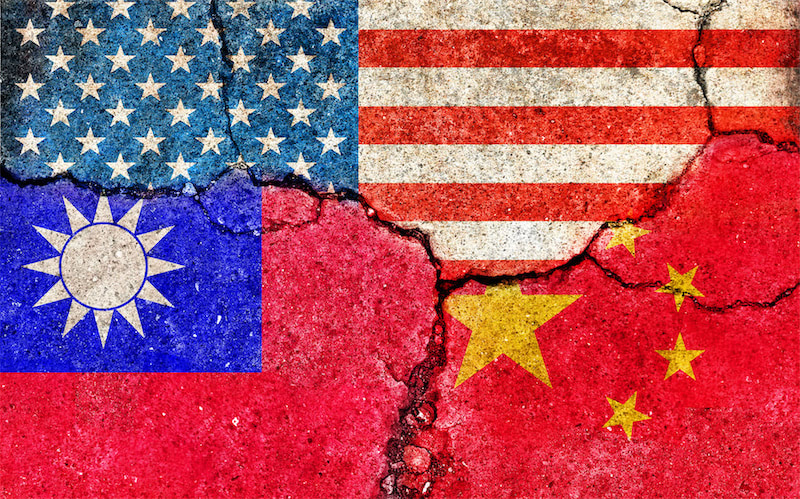 Author Trevor Loudon spoke at an event organized by TrueTheVote in Arizona earlier this year where he detailed how the election integrity issues playing out across the U.S. are part of a macro-attack on the sanctity of our nation by major communist and Marxist organizations and governments. The event was focused on well documented work that turned into a mature FBI investigation on election interference which was halted when political higher ups got involved.

I was personally impacted by Trevor’s talk as he clearly tied together the root issues that seem to be new forms of warfare.  Communist (China followed by Russia) seem to have several successful slow warfare forms and his background here was helpful to understand how all these attacks tie together.

Trevor’s explanation that Communist were the main funding sources behind BLM riots killing dozens and destroying millions in property was clarifying.  We can forget just how many layers the Communist are funding.  They tried to start a civil war and/or race rights with Ahmaud Arbery and Breonna Taylor and were unsuccessful.  They finally were successful with George Floyd as it was such an egregious and video documented death after a criminal was no longer a threat.  Communist would love for a civil war in America where we destroy each other.  We must not take the bait.

The crux of Loudon’s argument focused on the Chinese Communist Party and other bad actors, both domestic and international, who want to see the U.S. fail after just a few hundred years of greatness and freedom, as reported by The Epoch Times.

“Ronald Reagan had it right. This is the last, best hope for mankind: this country,” Loudon told the audience. “I’m a coward folks, if there was somewhere to run, I’d already be there. This is it. This is the last stand.” He went on to say that “if we lose freedom” in the U.S., our species loses freedom everywhere, possibly forever.

Seeing America and the freedom we stand for fall apart is one of the final chapters of the Chinese Communist Party’s stealth invasion of the U.S. Along with a majority of our goods coming from China, cultivating a dependence that most Americans are utterly unaware of, China has successfully exported two horrific crises to our shores in the last decade: fentanyl and the COVID-19 pandemic.

Fentanyl is a man-made opiate, roughly 80-100 stronger than morphine. China has made it increasingly easier and significantly cheaper for Mexican drug cartels to walk enough fentanyl over our open border to kill everyone in North America.

Their sole purpose is profiting off the poisoning of young Americans. While many call fentanyl deaths “overdoses,” the reality is that most drug addicts have no intention of using fentanyl – the cartels and other organized criminals mix fentanyl into other drugs to increase the potency and dependency. When America’s addicted or unsuspecting children consume deadly amounts of fentanyl without knowing, they’re being poisoned.

This is part of China’s attempt to destroy America: by making it easy for cartels to kill our most at-risk family members before faith, unconditional love, and support can intervene to walk them back into the light. The rise in fentanyl and other addictive substances is also fueling the criminal crisis almost normalized in our major cities since the COVID-19 pandemic and rise of the Marxists, destructive Black Lives Matter movement.

These violent criminal behaviors can potentially get worse as our economy continues to suffer in the wake of the COVID-19 pandemic destruction. They are also creating a huge percentage of our vaccines and medicines and now buy up farmland across America. They are grabbing massive amounts of data on unsuspecting citizens by owning such popular apps as Tik-Tok and/or hacking into sensitive personal data on citizens.

Take, for example, Konnech CEO Eugene Yu, who was arrested in Michigan in early October for allegedly stealing personal information on poll workers and storing it on Chinese servers. Yu’s company had previously been awarded a huge contract with Los Angeles County to store the information domestically. Just a short time prior, Yu had attempted to sue not-for-profit organization True The Vote for revealing this information.

During the course of an investigation into True The Vote, the organization was able to reveal that personal information on 1.8 million poll workers that were supposed to be held domestically by Konnech were in fact being held in China. This information was subsequently handed to the FBI, who worked with Los Angeles County prosecutors.

While reports from LA district attorney George Gascon state that there is no evidence that Yu sold this information to China, he didn’t have to. Any data or information stored in China or linked to companies who do business in China can be taken and used by the Chinese Communist Party, its military, and intelligence agencies whenever they want.

But don’t worry – there is hope.

Our current leadership may not understand the importance of holding China accountable for their repeated attacks on the U.S., but that just means you need to choose new lawmakers and politicians who will.

If you want your local, state, and federal government to do something about China, it’s time to use your voice. Sign up for millionvoices.org today (or text MV to 80550) and share this article with your friends and family so they can stay informed on our current world war.